Our CSA Grant Family Farms celebrated the harvest season with Harvestival. A weekend filled with speakers on organic farming, music, local food, clothes and art. Wednesday, when we unpacked our weekly goodie box we found a bottle of Harvestival beer and tickets. We wanted to go when we found out about it to check out the farm and see David Grisman play. Dan is a big Grisman fan, he had played with Jerry Garcia and Dan saw the two of them together 3 times. But the tickets were $28.00 each, it's past Ft. Collins in Wellington and we have our sights on Kauai. Now armed with tickets we decided to go. Grisman wasn't going on until 6pm so we got up there around 5. The farm was covered in 5 inches of snow. There was parking in a field and Dan thoroughly enjoyed sliding the jeep around in the snow and mud. Buttoning up our jackets, we trekked through the ice, snow and mud to to redeem our tickets, where we found out that we had received a ticket for Saturday and one for Sunday. After buying a ticket we went to exchange our token for a free pumpkin. The pumpkin field was covered in snow and loaded with pumpkins. After digging around for a few minutes, Dan uncovered a beauty! Big, orange and round except for one side, which turned to the back you'd never notice. 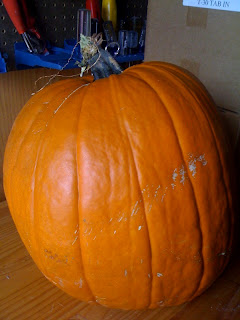 Toting that back to the car, we found Dan a Harvestival hoody because he needed a hood to keep the wind from freezing his ears off. 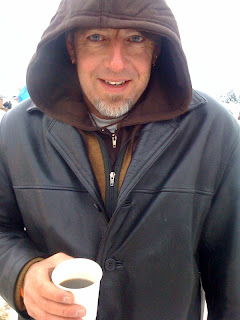 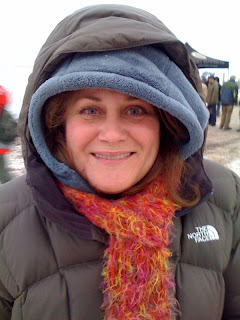 We got ourselves some Harvestival beer and some local pulled pork sammies and went into the art barn. It was warmish and sheltered and we looked at some fantastic art as we wolfed down our food.

We trundled down to the stage. 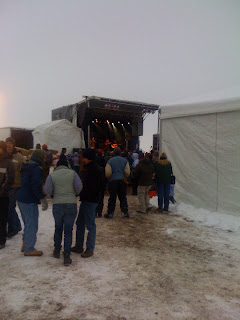 The band included a stand up bass, Grisman on mandolin, a young guitar player from Colorado, a flute player and a drummer who also had congas. The adults did the redneck boogie while the kids played in the snow and on the haystacks. Grisman and his band played for 90 minutes freezing their fingers off before we headed back home. 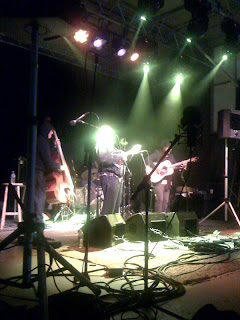