Sitting on the Sidelines 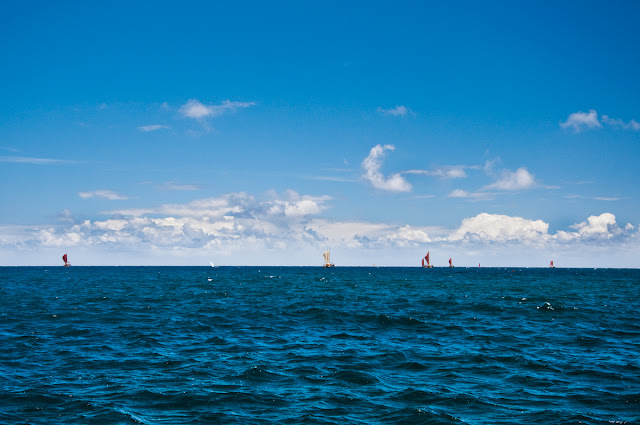 Vaka Moana, or voyaging canoes, sail to bring attention the tragic state of our oceans. The voyage is called The Spirit of the Sea.

You would think that two people who cashed in lucrative and creative lives for a meager existence in paradise would have no fear. For me, moving here was the easy part, even though it was filled with the turmoil of uprooting 37 years. Once the decision was made, everything fell in line.
I guess, from a distance, everything is falling in line here on Kauai. If I zoom out, take a broader look, I see that things are going nicely. Amazingly well, I kind of like this view, it feels better than the microscopic view I tend to have every day.
One of the biggest things I run up against is fear. I’ve noticed how it directs every action I take. My old mantra of “Feel the fear and do it anyway,” is becoming ‘part of the furniture’. I don’t hear it anymore. Don’t get me wrong, I’m not paralyzed by it, but I have been noticing how often, and how subtly it shows up.
Sometimes, a great article presents itself. I feel it’s bigger than me, so I make excuses not to do it. I know life wouldn’t have put it in my path if I couldn’t handle it, but. . . 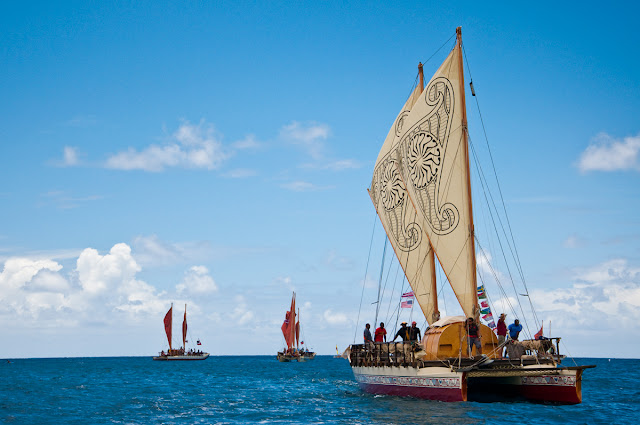 The other day we went to Hanalei Bay to see seven Polynesian voyaging wa`a or canoes come into port. It was a majestic sight; seven enormous masts peeking over the bright blue horizon, shiny wood hulls slicing through the turquoise bay. 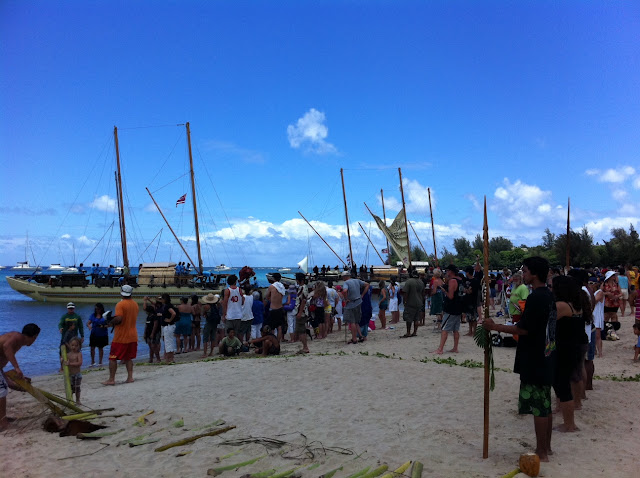 The king and queen, flanked by their chiefs, wait for the voyagers to dock. This is a shot from my iPhone, not from Dan's camera.
The king and queen of Hawaii were there to greet the voyagers who travelled from ten Polynesian Islands, using the stars to guide them. Dan and I had met them last year, so we talked with them for a little while and the king shared his ha with me. 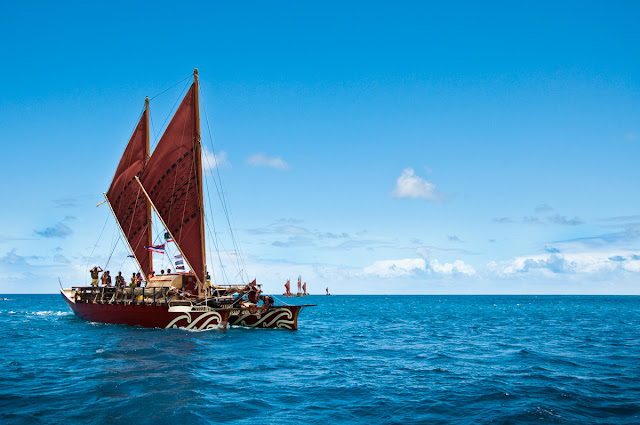 Ha is the Hawaiian word for breath. It also means life-force. Sort of like chi in China, or prana in India. When Hawaiians greet each other, they press their foreheads together and breathe in each others ha, or spirit. 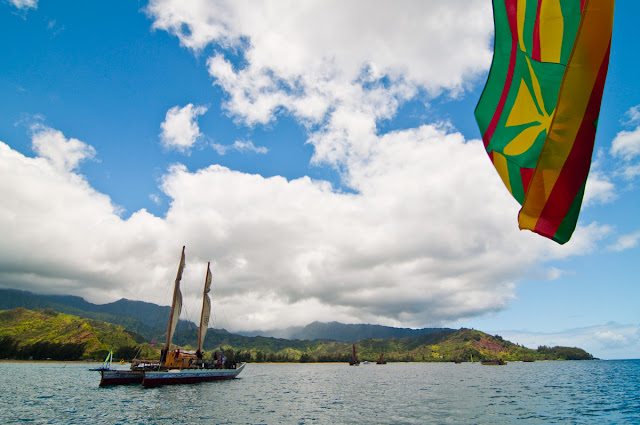 It’s a very intense way to greet someone, and I was honored to share ha with the king; a man with a very powerful and intense presence. When he starts talking about his lineage, his goal of bringing Hawaii back to his people, I can see and hear his ancestors from 1000 years back. 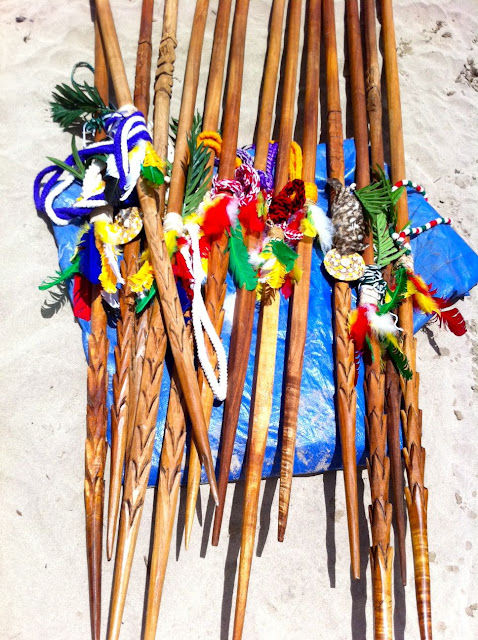 Some spears have feathers from Native American tribes. They gave them in honor of The Kingdom of Atooi's quest. This and the next shot are also from my phone.
There is a cultural divide here, and our goal is to cross it. It’s usually easier for Dan than me. Sometimes, I feel like an outsider, because I make myself feel that way. Other times, it’s fine and I talk pidgin like I was born here. 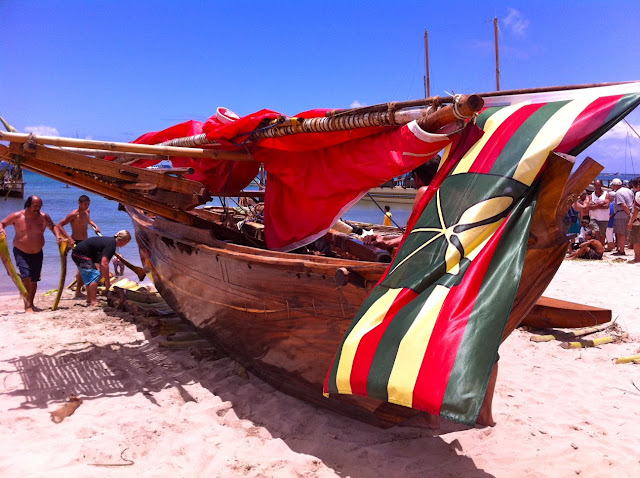 Today, I let “shyness” win and stayed under a tarp talking story with a local photographer who works on Hawaii 5-O. Dan was down at the beach, in the water, getting shots of Kauai’s canoe. And, well, doing what Dan does. Talking story and making connections.
He got invited to go on the boat that was to guide the canoes into the bay. Well, he was pretty much told to go on the boat and get some pictures; by the king and one of his chiefs.

It was an amazing experience for him, not only did he get some great shots, but a memory that will last a lifetime. In many ways my husband is my hero. He later told me he was scared. He is a white guy, covered in tattoos, around a bunch of locals; alone on a boat. But his desire to bond with them was stronger than his fear. He stepped up, with sincerity, and was himself. He was accepted with open hearts. 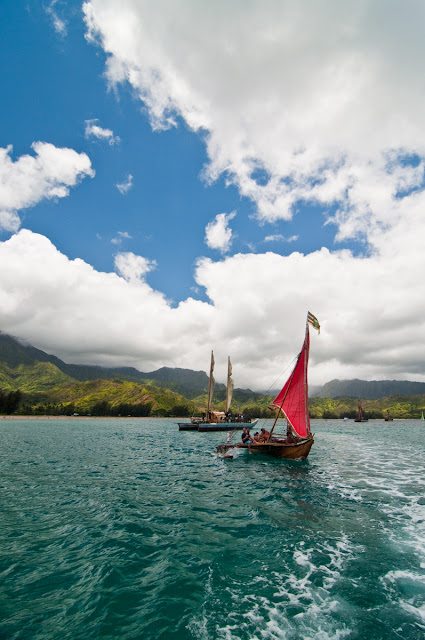 I step out of my comfort zone more often here, than I ever have before, and I am always better for it. I’ve got my eye on that fear thing, looking to see how it diminishes my life, and trying to set it free. It sure would have been cool to have been by Dan’s side, invited on the boat as well. That’s what I get for sitting on the sidelines! 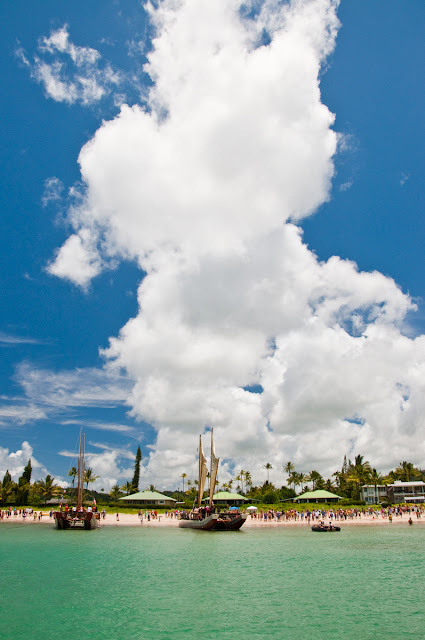