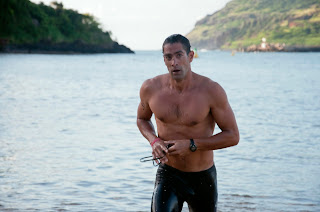 Second Place winner and my favorite shot
I learned about an inaugural triathlon while having lunch at Tutu’s Soup Hale. I thought it would be excellent to cover the first triathlon on Kauai and dreamed of submitting it to Triathlon magazine and Senior Living because the man putting it on was 65 and competing in the duathlon.
Sunday morning we woke at five and got to the Marriott by six. Dan had a wonderful time shooting the competitors, who were pretty much all men, and mostly locals. He quickly garnered their respect and was happy to be included in their ohana when the title bruddah was addressed to him. 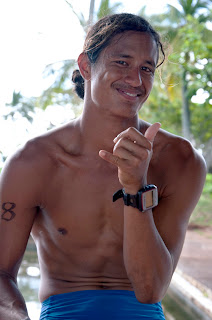 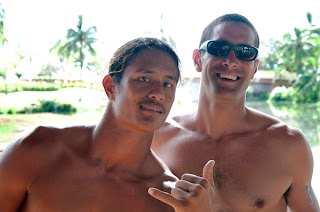 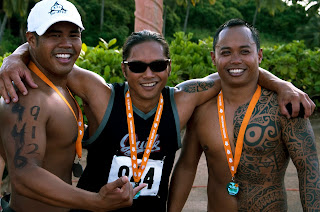 Local boys after the race 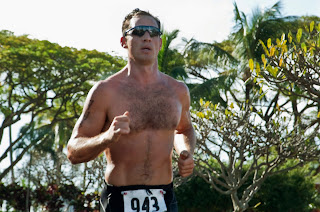 Casey, the triathlete was gave me a great interview 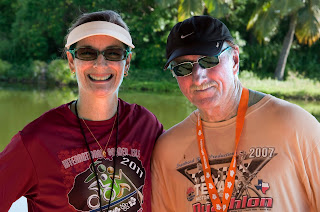 The founders of the triathlon 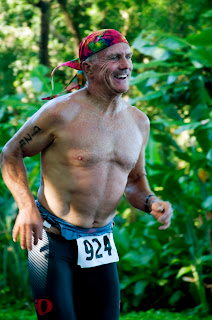 Casey said this guys is the fastest triathlete on Kauai!
Posted by Aloha at 3:23 PM No comments: