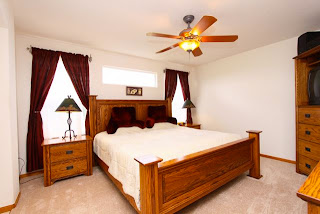 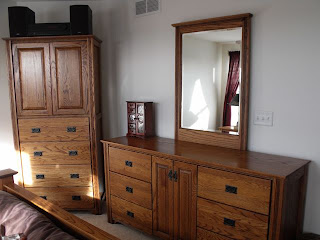 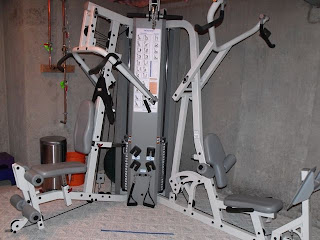 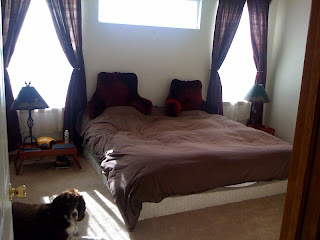 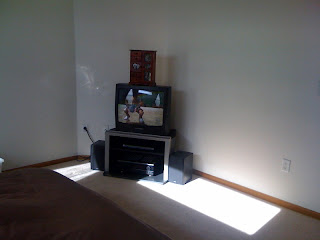 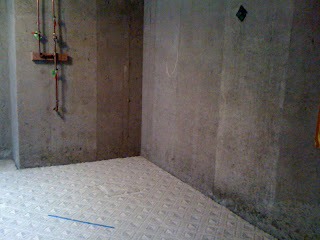 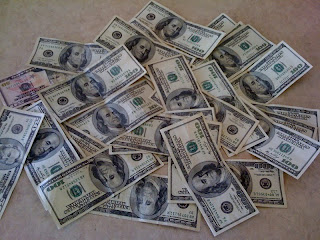 I have to make a correction on my earlier post. The Assistant Editors do want the edit jobs, even if that does mean working weekends. Kris got some time in this week when several editors called in sick and Annie has been coming in on her own time to cut a spot. So, the race is on. Also, I heard that as of now there have been 100 applicants. Wow!
Last night was the Christmas party for work. They have been doing it at Invesco Field for the past 5 years or so but this was the first time Dan and I went. Really nice, first class! Dinner and open bar, tours, and a photo booth was set up with all kinds of cool costumes. Dan and I aren't really diggin the way the camera portrays us now a days so we declined. 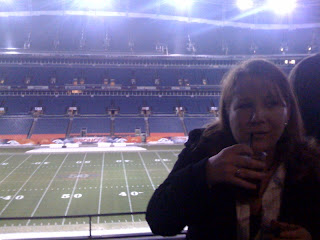 Dyanne making the most of the open bar, outside having a smoke.
We got there around 6;45 after braving the I-25 traffic. Waiting in the parking line we learned that there was free valet parking for everyone. The night was really cold and as we headed up the colossal entry we could see our breath. I decided to be warm and comfortable so I wore my wool sweater and Uggs boots. Not really the proper attire for a party like this, but, it was either that or buy something new and I didnt want to do that. Seems I have out grown my fancy clothes! We checked in at the registration booth and decided not to check our coats. Up a flight of stairs and into a huge, warm, golden, softly lit ballroom. Drinks were in order so we got ourselves some Guiness and looked about. There was a wall length gas fireplace with the Broncos logo emblazoned above. Chandelieers spilling out a soft light making everyone, so dressed up, look fantastic, and people were walking around serving appetizers. We met Ted Intorcio's girlfriend, a beautiful and interesting young lady who used to live in Denmark. John and Athena, were at the end of the bar so we caught up with them. Athena looking lovely in her all black dress, faux fur lined coat and really cool 6" heals with big, fat soles. I don't know how she walks in those things! Dinner was being served so we headed over to the other side of the ballroom, past 2 bars, to find a table. We ran into Gail whose date was Shane's girlfriend Hadley. Our table filled up with Gail, Hadley, Dyanne, Brandon and his wife, Dyanne's friend from work and John and Athena. The dinner was buffet style, always a bummer, with salad, creamed pasta and broccoli, BBQ chicken, roasted (dry) taters, prime rib and a whole dessert bar. Good enough to absorb all the alcohol! Happy, warm and full we headed out to smoke. It took about a half hour to get out there because we saw Adam Dempsy who was a producer before we got married! Catching up with him Kent Wallace and Orin Levy came by. It was great, like a little reunion, we have worked together for many years and Orin was Dan's best man. Ah, how time flys, relationships are timeless and you don't realize the impact people have on your life until you see them again after a long time. Finally, out for a post dinner smoke.
Drunken, blurry, iPhone photos of Annie and Jon and Dan and I. 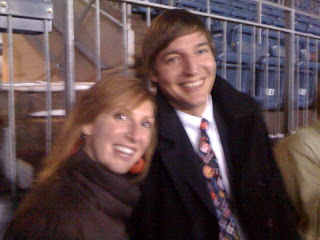 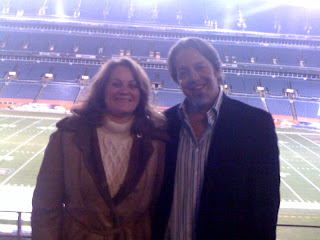 The rest of the night was drinking and dancing and talking and having a really great time. Seth and his girlfriend were there, Bill and Carol (the hosts of our going away party next weekend), 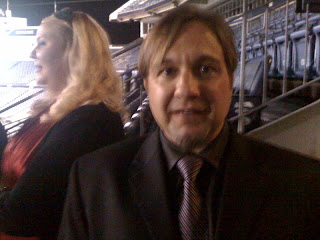 Tramazzo, Bryan and Cheryl. We talked a long time with Jessica, Les, Chi Chi and his beautiful wife. We met Molly's boyfriend and hung out with crazy Wes Bane. Karen Lannus, her sister and Greg Larson were there and funny as always. I'm really going to miss everyone. Good times. I missed the unmentionables, but, they are "coming out" at our party next weekend, then I'll be able to mention them by name! Next weekend should be a great time! We got home around 1am and decided MacDonalds would have been good to pick up so we loaded up the dogs and got them some burgers too! To bed at 2ish, up a 6. Snuggling up with Baxter, revving up my good vibrations, I decided that I wanted to feel pretty darn good today and sell a lot of stuff! Dan is still in bed and that is a good thing. He has a busy, laborious day ahead of him. A couple are coming by at 8:30am to pick up the bedroom set and home gym. Also scheduled for pick up; a lady who owns a used book store said she may buy all of my cookbooks, our books, DVDs and CDs, someone wants a painting, someone else wants some speakers and a lady is coming by to get my stamping stuff. Busy weekend ahead of us!
Posted by Aloha at 3:26 AM No comments: