It's been about a month since my last post and I apologize. Dan and I have been busy surfing the ups and downs of the unknown. Today was just overwhelming. The forces that be crossed their streams and a lot of possibility was introduced to us. I am writing for work all the time and this Friday I will know if I got some more writing jobs. The paper I do restaurant reviews for - which I will be doing 3 a month instead of the normal 2 - is looking for more folks to write other articles. So, send out a little prayer for me. Dan's photography and graphic design is doing very well; he just got commissioned to do a huge photo mural for a new business and is working with a yoga studio in addition to his work at Papaya's.

We have so many things to be thankful for this year. Besides each other I think we both would agree that the number one thing we are thankful for is having the courage to listen to that little voice. The voice that whispered to us, caressed our hearts and sweetly asked for major change.

We've been in Kauai for close to a year now. It's been really scary and really beautiful and totally worth it!

A friend in Colorado asked me for some recent purdy pictures, said it's cold there now. So, here ya go pardner! 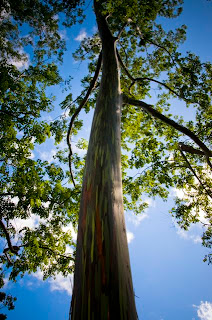 Rainbow Eucalyptus at the Arboretum 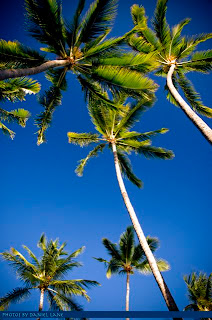 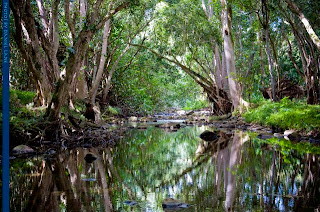 This stream leads to a waterfall close to our home 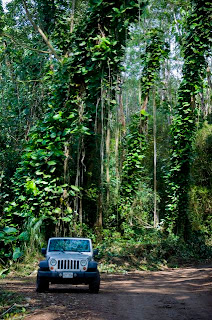 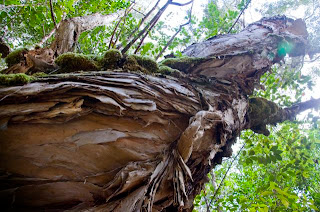 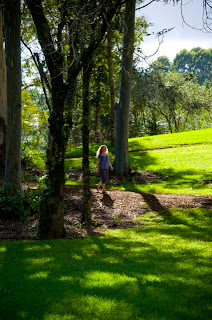 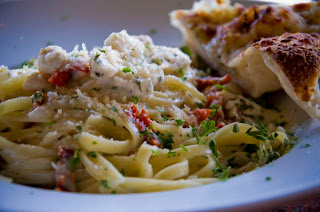 Some of his food shots 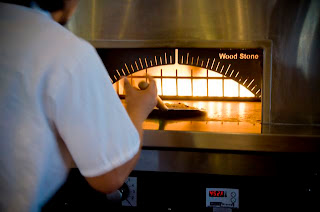 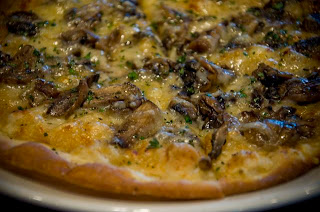 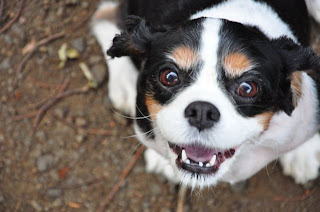 The kids are well 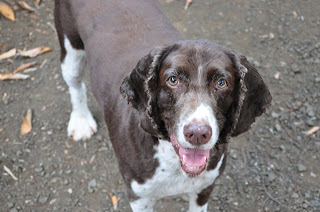 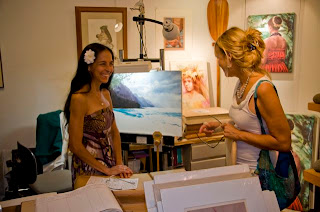 We went with Tom and Christina Southwick to Hanapepe Art Night 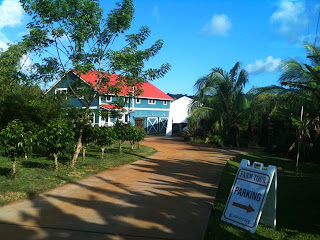 The organic coffee and cigar farm I write for 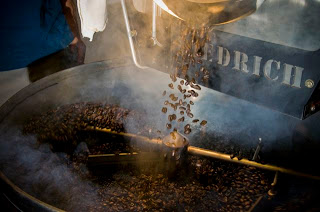 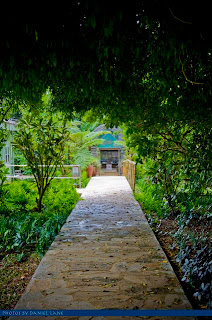 Two weeks ago we went to Kauai's Hindu Monastery 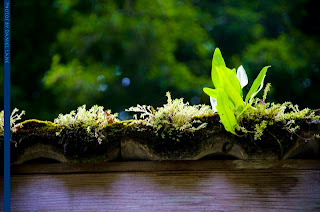 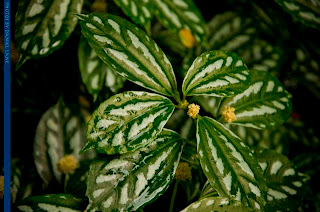 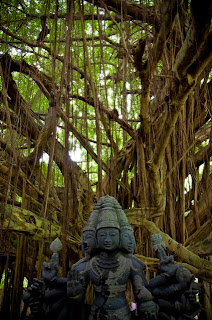 This was amazing. The Banyan tree was huge - about 4000 square feet. You walked inside the tree and this statue was there. The tree "signifies the breadth and width of Hinduism." 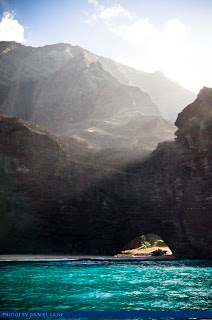 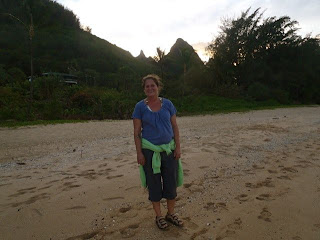 The mountain in the background is Makana or its better known name of Bali Hai. 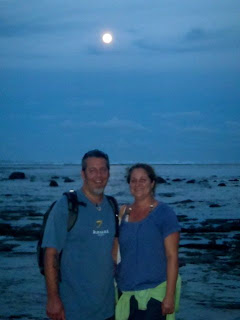 Dan and I took a moonlit walk with Tom and Christina 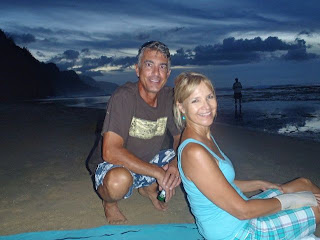 to Ke`e beach, the last beach on the North shore. That's the Napali coast in the background. 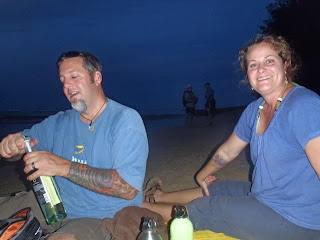 Christina was smart and brought some wine!
Posted by Aloha at 4:53 PM No comments: