The Jeep Has a Home 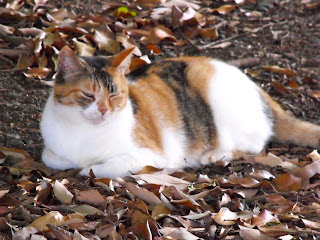 Nellie, Phil and Simone's kitty relaxes in the early morning shade
At 8am it's a beautiful morning. Just back from walking Baxter the day promises to be hot and sultry. We have an appointment in Kilauea at 11. My meditation teacher Michael Mackintosh has this whole video enterprise thing going on and we are going to edit some of his videos. If you saw the movie The Secret then you are familiar with his topic. His website 2010 Best Year Ever, has his whole package, on sale. I got it in trade for editing some videos for him. I really like it because it makes you think about what you want out of life and how to make that happen. And after all, I am starting a new life, why not be crystal clear about what I want it to be. It's pretty involved and between that and the 10 week massage thing I am doing with Natalia it leaves me feeling like I am on a retreat of sorts. The meeting this morning is for Success Ultra Now. Michael and his business partner Nick Good have created Superhero retreats in Kauai and they want me (I'm including Dan) to edit a 10 minute video for them. I am trying to stay open to the process, I just casually mentioned to Michael one day that I used to be an editor. During his meditation he came up with the idea of having me edit some of his videos. I'm looking forward to seeing where this goes.

Saturday, while I was getting my massage Dan went to Costco to get a canopy for the jeep. If we don't get it under something the heat and rain will shred the soft top. He found a 20x10 and was struggling to get the huge, heavy box into the jeep. Out of nowhere he hears a familiar voice say "Let me help you with that" and his cart suddenly stopped squirreling around and became steady. He gets the thing in and turns around and is in shock. He says "Thanks.........John C. Reilly!" John, with a box of food tucked under his arm dressed in a t-shirt, shorts and a baseball cap making his curly hair into little poufs around the edge of his hat, smiles and says "You're Welcome!" and happily saunters off. We love John, his movie Walk Hard is one of our all time favorite movies. It was a really fun thing to have happen and Dan was delighted when he told me the story. 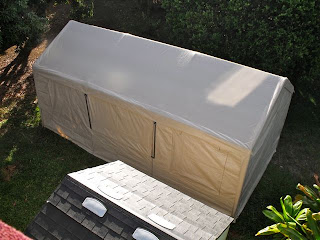 The "garage" from the door step 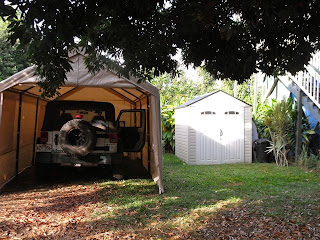 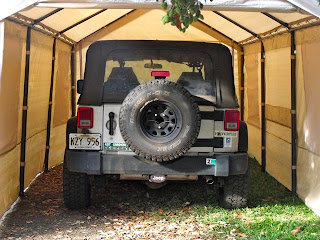 The jeep loves it's new home! 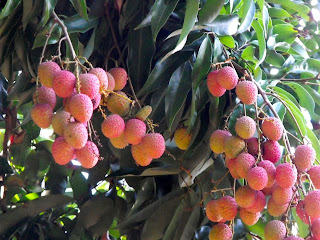 The lychees in our yard are almost ripe
My first week working for Jillian went well. She was really happy with the Facebook page I created and the newsletter that will go out later today. Lucy is getting better, she's still sick. Her nose is still plugged but not as bad and her eye is still a little squinty. Dan took her to the vet for her follow up appointment and the vet decided she had a blocked tear duct and that caused the infection. So, we had to add eye drops 3x a day to the list of treatments!! Jeez, good thing we don't have kids!
Posted by Aloha at 8:44 AM No comments: