We are waiting out the last couple of hours before we have to head out to the airport at Stella Blues. Newspapers in hand, (The Maui News, Maui Time, Maui Weekly) looking for rentals, having a final island drink. We gave found some websites to check out when we are back home, some places allow pets. One, a 1000SF ohana, w/d, a/c, private parking for $1000.00 a month. We are both cranky, maybe it's the intense heat in Kihei, maybe it's all the running around in the heat, maybe it's Maui itself. We really like Kauai. Helen says Maui is the most expensive island because it's the most desired island. The drinks sure aren't as good or as cheap as Kauai! It's kinda crazy but every time we have an island drink here, our tummies get upset. It stinks in Kihei, like Vail, something has got to be up with the sewage system. There seems to be someting disconcerting going on with the races here. Natives have for the most part (there was a really great young lady at Beach Bums this morning who was clearly a native) have been subtley hostile. There are a lot of white tourists (tourist season is winding down) and the locals (if a person of color) seem to be having a hard go of it. The cheese counter lady, from France, is a manager, and got her job from craigslist. She told us how the locals work 3 jobs and are falling asleep in the breakroom. Helen was giving us a tour and frustratedly told us yhea, there are kama'aina deals but it's still really expensive here. But our waitress this morning and our waiter yesterday afternoon, both white, are totally happy to be here. Dan says it's missing the aloha spirit. I said imagine you are a local, working 3 jobs to pay your rent. You see these tourists coming in, by the butt load, spending all kinds of money and you're not getting a piece of it, how much aloha spirit are you going to have? We think its probably a great place to vacation. Dan concludes; "Maui is a sad downtrodden island that has this beautiful fascade masking its unpleasent nature. Using it's reputation as a tropical paradise to hide it's tendancy to over charge and under deliver. There are the occasional nice moments, nice places, nice people but the majority of the people and the places seem artificial and pretentious. Kind of like Vail or Aspen where the attitued is we hate you but we need you. We need your tourism dollars now go away, you're not one of us." He has decided that if the choice were to move to Maui or stay in Parker, he chooses Parker. I have to agree.
Looks like it's Kauai or bust! 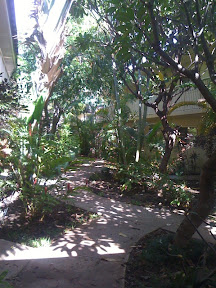 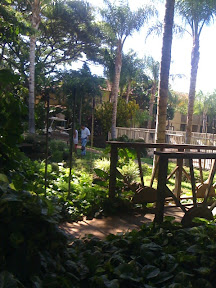 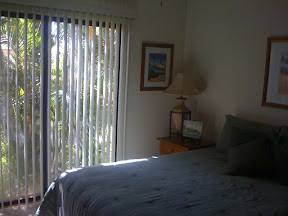 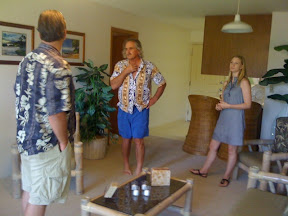 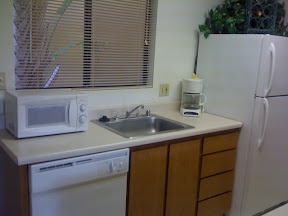 This is a maybe. Lucy is ok but Baxter is too big. Helen Joswick was fantastic. We were there for about an hour. She showed us around we liked the "b" sized apartment. 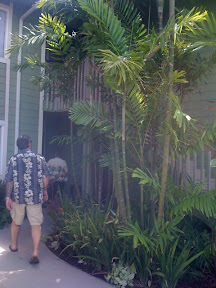 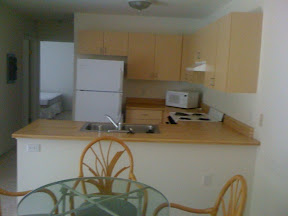 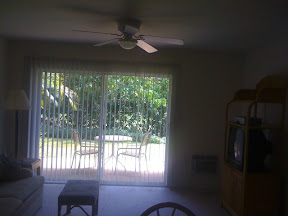 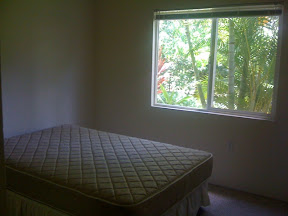 $2365 total. $10.00 hr. Full time job will cover it. Off to Paradise Gardens Apartments. Their limit for dogs is 35lbs but Lisa says we should go by anyway. Kinda nervous, Helen said they were gross!
-- Post From My iPhone 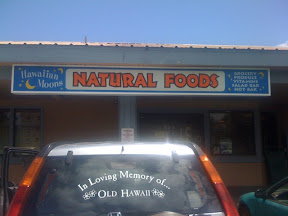 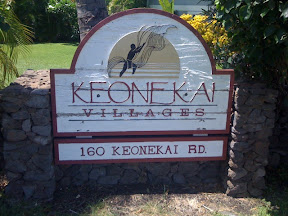 We've made our first Hawaiian commitment. We opened a checking account. That way when we sell the house the money can be transferred there. Plus, we have an address now, when we move we won't. The "Consumer Banking Representative" Ani, was great. Half Mexican half Spanish he was passionately in love with Maui. He told us about the Kehei Canoe Club. How every Tuesday and Thursday they offer free classes. He told us about canoeing with whales and hitting a huge sea turtle with his boat. He told us about his condo, across the street from the ocean. $1200.00 a month for a 2 bedroom, pets allowed. We are on our way to check em out!

Coffee (and a smoke) makes everything better! We went back to Beach Bums for breakfast. 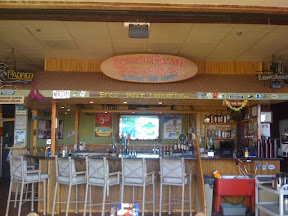 Last night I got the current issue of Maui Times, it's like a Westword. They wrote an article about all the resturant specials now that tourist season is over. Turns out Beach Bums has buy 1 breakfast get 1 free 24/7! So crab cakes benedict are on the way! It seems to me that the folks in Lahaina are rich and having a hard time keeping up their lifestyle now that there are less tourists and less of those tourists are buying things they don't need. Dan is sitting right across from me having an animated phone conversation with a lady who wants to buy our car. Her questions are: does it sound good? Why yes, it sounds awesome! What kind of stereo does it have? Looks like we may be able to sell it when we get home! Our waitress, a happy, married, mother of 4, says it's great here. She only took this job because her husband, a big game hunter, wants to retire in Montana and the money she makes goes straight to that. Although, now her husbands work is slowing down and more of her money is going into checking instead of savings. When I ask her about a lot of people leaving, she shrugs and says people are always leaving the island. They get island fever. No worries she says, see you in October!

It's 6:30, and I'm josteled awake.
I guess the people in the next room are leaving and have decided everyone else should be awake with them. Thoughts and voices from this week meld and twist around my head. "You have to have something special here if your gonna make it." I guess it's like anywhere around the world, times are tough right now. "I hope you know what you are getting into, its expensive here, I've been here 10 years and my monthly outgoing is 7 grand." "Everything will work out." Maybe I could personal chef, Hawaiian style. I'd need a chefs coat. "It'll be ok once you get here everything will work out, Maui's a great place to live." "Yes, times are tough but I'm comitted to make it work here." "I got lucky, things just lined up for me, this job just fell in my lap." "I moved out here without selling my house first" The way I see it is we have 3 choices. One, go left, and know that things will work out and everything will be fine. Two, go straight, keep doing what we're doing and forget (or postpone) Hawaii. Three, turn right, freak out, focus on the fact that times are tough and we'll never make it out here. For now I'm good with going straight. Deb says the house has only shown once since we've been gone. The cars time on eBay is up and Dan has heard nothing. Things aren't lining up just yet. It's rime for some breakfast and a coffee.