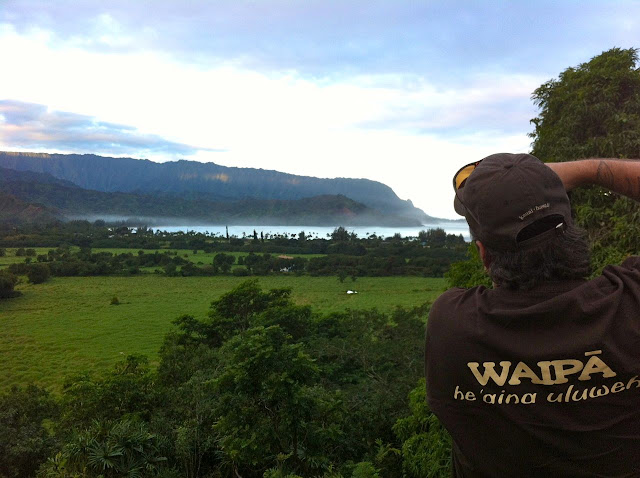 Dan always stops here if the weather is good. It's the overlook to Hanalei Bay.

This morning we woke before the sun came up. The sun rose at 7:18 today, so it’s really not that early. We wanted to get to Hanalei Bay so we could get one last shot for Koloa Rum, and then head over to the Hanalei farmers market. I thought about you the whole day because you would have loved it. 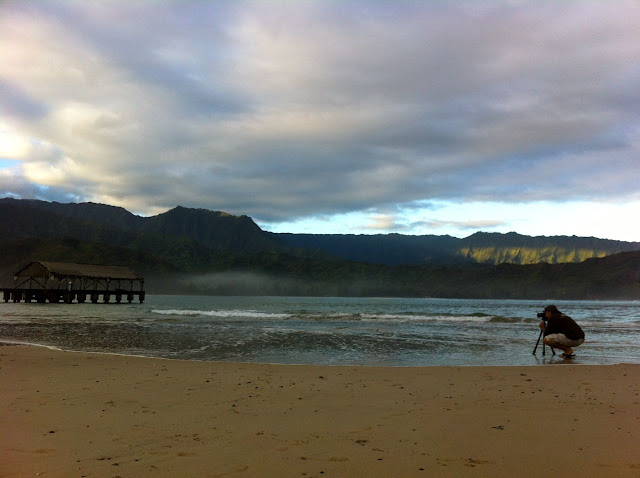 We never took you to the pier at Hanalei Bay, but it’s a great vantage point to see the towering mountains cradling the bay. The clouds were big, puffy white ones, and the sky was baby blue. Mist clung to the top of the bay, and sun colored the mountains a bright green. The water was warm, and Lucy ran around like a puppy. 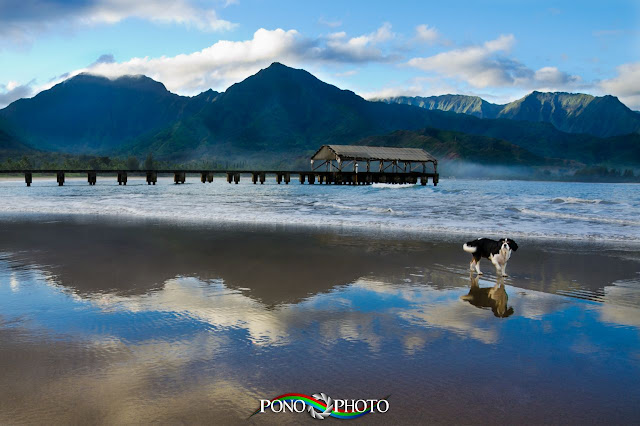 There was only one problem. We forgot the rum bottles! I think it’s fortuitous though, because Dan got a 36 shot panorama. I’ll post it once he’s done stitching it together and making it pretty. I think he’ll be able to sell it, and I don’t think he would have got it if he was focusing on the rum. 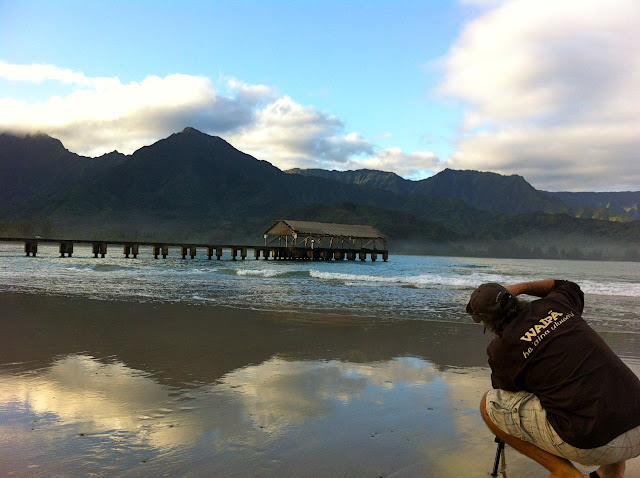 You can see the difference between my iPhone shots, and Dan's!

I am doing a story on Akamai Juice, and there are only two places to get it. One is the Hanalei farmers market. It’s one of the prettiest markets on the island, and today it was glorious! The sun was shining, lighting the grass field on fire. The field is surrounded in a semi circle by those giant mountains. There was music, food and lots of fresh fruit and vegetables.
The juice booth was slammed and buzzing with energy. Cas, the juice maker is electric with happiness and is Kauai’s first female helicopter pilot. She’s been a photographer, producer, actress, a caterer on Hollywood films directed by Martin Scorsese, she built and managed West Virginia’s first indoor skate park, and owned a skate shop. I totally have a girl crush on her! 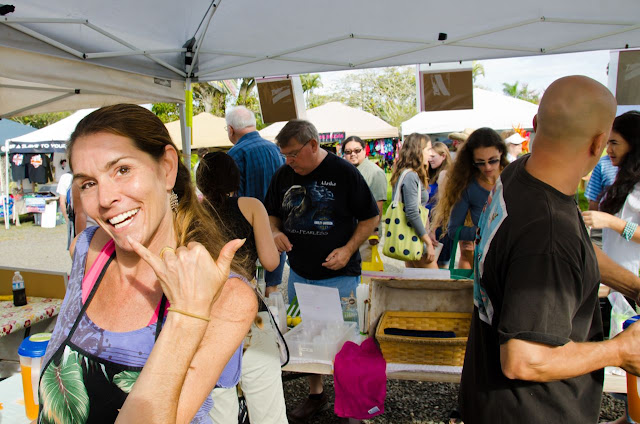 Cas in her juice booth, that's her husband looking back. He does concert video for the band Red Hot Chili Peppers.

We tried nine delicious fruit drinks and my favorite was the cucumber, coconut water, mint, honey and lime slushy. I talked to some farmers for future articles and we bought a ton of fresh produce because I’m cooking for Larry this week.
We were full of juice, but a little peckish so we went to the Garden Cafe for lunch. Anne, the lady I owe my new career to, was there. She is the one who forwarded my letter of introduction to the editor of MidWeek, and he called to ask if I wanted to write the food column.
We had our lunch with Anne, and ended up talking story for three hours! Dan’s back is hurting because when he’s processing photos, he sits on the couch and leans over the Lane chest you gave us. Sometimes he does this for 10 hours a day!
He was stretching his back out and Anne asked him what was wrong. She was so concerned over his back (she’s in her 60s) she recommended he take care of it because he’s not getting any younger. We brainstormed ideas about how we could get a desk in our tiny home. We were so inspired, we went to look at tables and chairs after we left. I think we’ll use the fold-up plastic table we have and get some nice, padded leather back dining chairs. They have a high back and will provide excellent support. It’ll be even more snug, but we need to get Dan a better working space.
We went to the grocery store to get the rest of the stuff for Larry and got home at 4:30. We are pau, which means finished. Time for a nap before I make Larry’s first meal. Sauteed local fennel with quinoa, pomegranate seeds, and a spicy lemon dressing made with Hawaiian chili peppers.
I hope you enjoy the pictures. I wish you were here!
Love you dad and mom!
Posted by Aloha at 5:41 PM No comments: