Thank You For Your Support

“It’s 11/11/11, Veteran’s Day. Thanks for your support,” the ICU nurse tells my father who is a retired Air Force veteran. He’s answered the latest round of questions wrong. He thinks it’s 1966, but this time he got the month right. “Thank you for your support,” he answers, and closes his eyes. 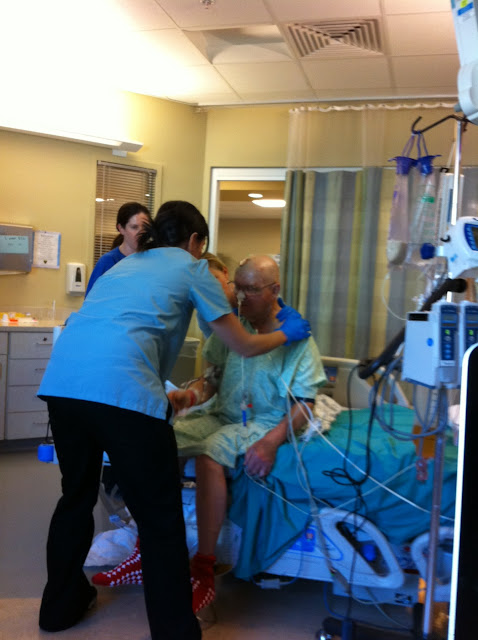 Dad has to relearn how to walk, swallow and use his left hand.
Two days before, mom was home making spaghetti and meat sauce for dinner, and she didn’t hear the garage door open. He was working later now because they were letting people go, and he was picking up more hours. His last day was scheduled for Friday.
He got off early, and on the way home his vision got blurry. He saw three of everything. Weaving between lanes, he managed to make it home, open the garage door, and get out of the car before falling, face down. 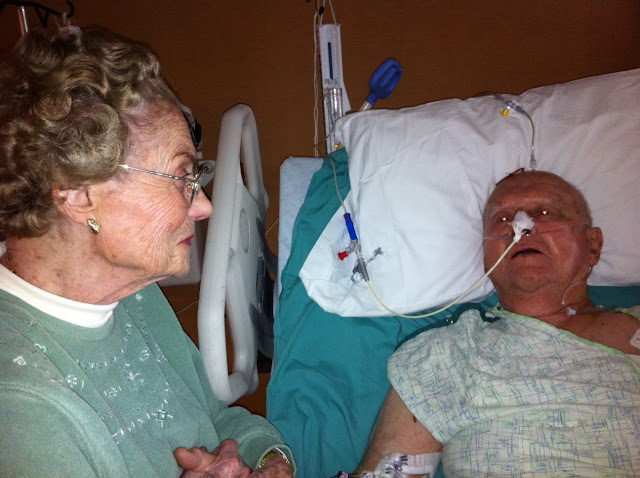 Mom was leaving, she was waiting for dad and was running late for her bingo game. She was going to lose her favorite seat. She walked into the garage and saw dad lying on the floor. “Call 999,” he told her. “I’m having a stroke.”
My brother Greg bought me a plane ticket the next day. It was the first time I’d go to Colorado since Dan and I moved to Kauai. I was scheduled to stay for a week. Mom and I went to the ICU every morning, and wondered if dad would recover. How he would recover. We’d go home every night, and try to sleep. It was good for mom and I, in a strange sort of way. It brought us closer together. 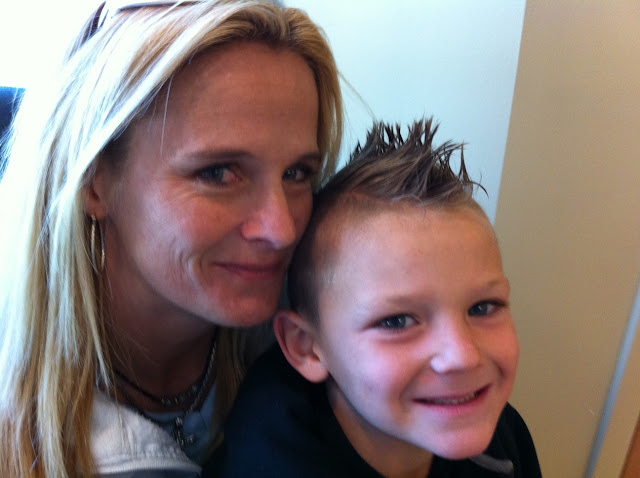 My brother's wife Barb with their youngest son Austin at the hospital. They have five kids, and all of them are worried about grandpa.

My brother extended my stay, and I came home yesterday, the day dad left ICU. Dan picked me up at the airport with Lucy in tow. I saw him waiting. I whistled “who whoo who whoo,” but with an s sound instead of a w. He turned. Tears of joy filled my eyes, and the anxiety of the last 10 days began to melt away. We walked towards each other, faster as we got closer, and embraced for a long time. 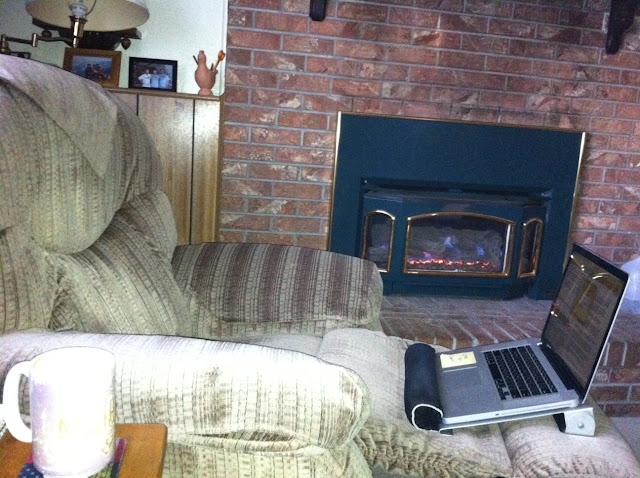 I still had deadlines, so I wrote at mom and dad's. It was freezing in Denver so I had the fire on.

He had spent the day cleaning, and the house was sparkling when he brought me home. Fresh cut tropical flowers sat in a vase on my end table. He made tortilla Espanole for dinner.
Today mom called, the first daily report. She said he’s doing well, he sat up and then stood, assisted, for a minute. Later, she sat silently in his room and watched as he fumbled with the TV remote. He didn’t know she was there. His left side is no longer paralyzed, but very weak. Her heart filled with hope and pride as he used his left hand to retrieve the remote. 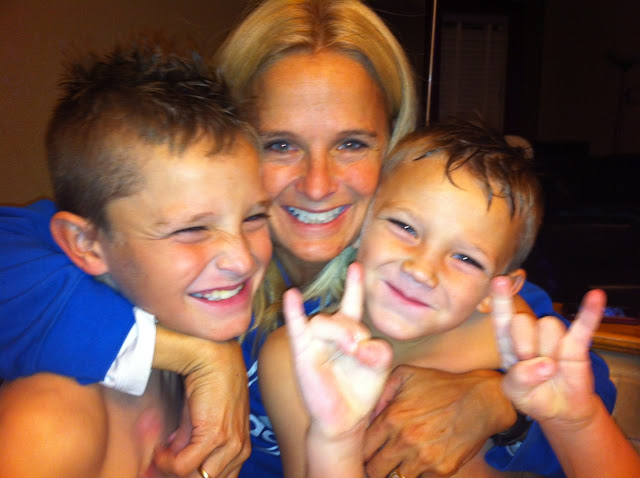 Mom and I had dinner at Greg's home on my last night. Colten, Barb and Austin pose for a parting shot.