Happy Birthday mom! You spry, young thang! I love you and miss you very much.
Thursday greeted us with rain loud enough to wake us up. It was going to be a grey and wet day so we cancelled our plans. Since Dan has Thursdays off, we were going to do a little off road journey. He was going to take pictures and I was going to write about it for the travel blog.
You don’t want to play in the mountains of Kauai when it’s raining unless you want to spend a good part of your day getting unstuck. I had made a Portuguese bean soup the night before to use up a enormous bunch of red Russian kale we got from the farmer we buy our veggies from.
Since the day promised to be spent inside with a book I heard was hilarious, I decided to make some muffins I read about on one of my favorite food blogs. I figured we’d have some for breakfast and then again at lunch with the leftover soup.
I was in a hurry so I skipped an important step in baking. I didn’t let my cold ingredients, eggs and buttermilk, come to room temperature. I followed the directions; pulverizing fresh ginger in my food processor until I got one tightly packed quarter of a cup; warming it in a small saute pan with two tablespoons of sugar until the sugar melted; adding the zest of two lemons and some more sugar.
I mixed the flour, baking soda and salt together and sat it beside my Kitchen Aid stand mixer, along with the lemon/ginger mixture, eggs and milk. I whipped the stick of butter until it was smooth and creamy and added sugar until it was smooth and creamy.
I added an egg. Since it was still cold, the butter sized up, leaving little ribbons floating in raw egg. Hoping the warmth of my hands would help melt the butter to a more pliable stage, I held them under the stainless steel mixing bowl.
I added the other egg and it got worse. I added the buttermilk and the butter completely seized up. Now, there were large chunks of butter floating in liquid. I was nervous, all the effort might be for nothing. I decided I may as well finish and added the flour mixture until it came together as a batter. I looked ok, like a batter should, so I added the lemon/ginger mixture and popped them in the oven.
The muffins rose high. When I broke one in half, it had a spring to it. Scents of butter, lemon and ginger rose from the escaping steam. The edges, nice and brown, added a slight crunch. The inside was tender and moist. The muffin wasn’t too sweet and I tasted lemon with a hint of ginger. I’s warm heat building with each bite.
Dan said, “These are awesome honey!” I agree, they turned out just fine!
I am not longer writing for the coffee farmer, we had a contract dispute. It’s a good thing, it’ll force me to take the next steps to better work.
Last night our friends at Tutu’s Soup Hale celebrated 2 years and invited us to their intimate private party. I was happy because Willie and Dixie brought champagne which only Dixie and I drank. We sat on the lanai and got to know folks better over drinks and pupus (the Hawaiian word for appetizers pronounced poo poos). It was chilly and rainy so as the evening wore on we were forced inside. Dan too the shots, so I don’t have any of him to post. Too bad to because he was looking great in his crisp white linen shirt.
Today we are going to Hanapepe to celebrate the grand opening of Moonbow Magic, complete with a Hawaiian blessing. Most new ventures have one when they open a business. It clears all bad energy out and creates a sacred space for a profitable business. It’s a potluck so I’m going to bring some Snowshoe Naan and hummus I made.
Well, I’m off to do laundry at the laundry matt =( 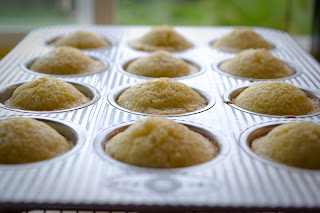 Dan took the beautiful pictures of these delicious muffins. I love how high they rose. 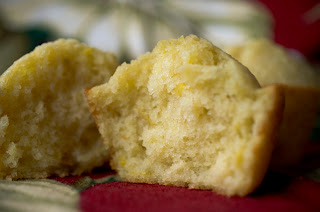 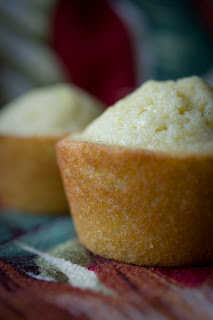 The brown exterior gives them a satisfying crunch. 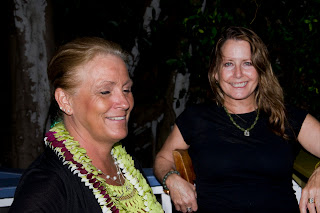 Hanging out on the lanai. Sage, the proprietess, is on the right. She has friends visiting from Washington state. This is Grace on the left. 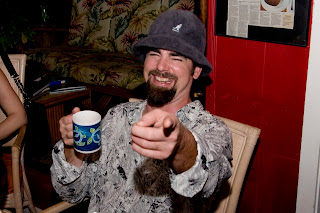 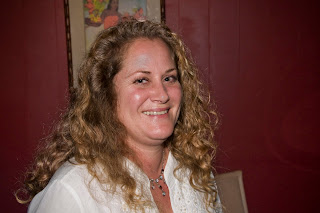 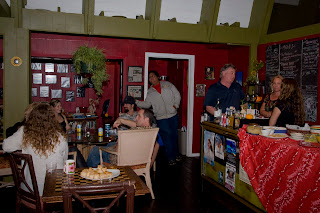