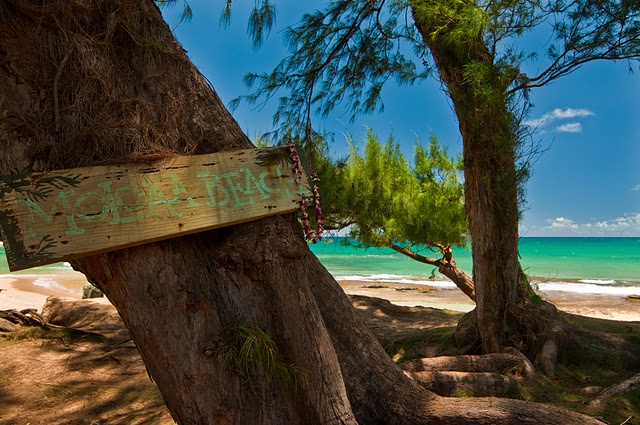 This is my phavorite Pono Photo this week.

Dan and I are settling into our downsized lifestyle more and more every week. Just when it seems like we’ve got it down, another little gift shows up. Showing that for us, living with less offers many blessings.
The dogs were groomed twice a year in Colorado, and we could see they were going to need three times that here. After spending over $100 for one grooming session, we peppered our old groomer with questions, and bought some gear.
Armed with the tools of the trade, Dan and I have been shaving them regularly, and the clippers have more than paid for themselves. Dan usually does the clipping, while I comfort the dogs and try to keep them still.
Between his day job, setting up his company Pono Photo, and tending to my needs, Dan has been busy. So I decided I’d give him the gift of time, and shave the dogs myself. Something he thought would be impossible! It turned out to be one of the most treasured times I have had with them, and I think they enjoyed it as well. I got into a meditative state of mind, and as I watched Baxter’s silky fur fall from the clippers, I heard him snore! 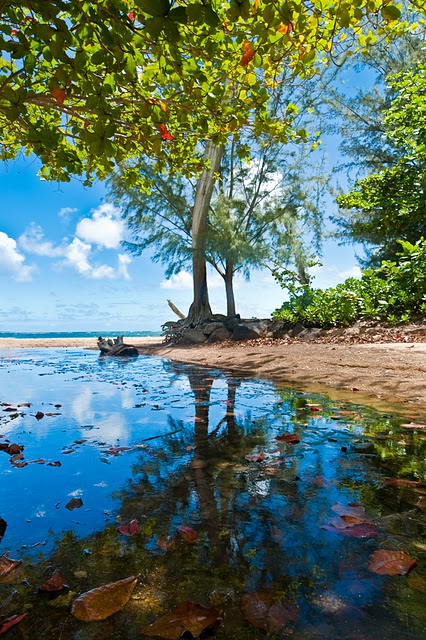 Dan's phavorite Pono Photo shot of the week.
While Dan is in the process of setting up his website, he is finding that he needs more pictures for prints. So we went up to Queen’s Bath for a sunset shoot.  Other than offering some suggestions for angles, and giving my opinion on a shot, I didn’t have much to do. I cozied up to a boulder, and watched the sun go down over the clear, blue sea. As the waves crashed against enormous black lava rocks, a turtle came up for air, his head and neck a silhouette against the darkening sky.
I love to watch the orange-pink glow dance on the water while the sun sets, but I really get excited when a big wave crashes, sending cascades of foamy water across the rocks and sand. It’s like I’m watching a football game, “WHOA! Did you see that? Here comes another one! Wow! That was awesome!” The power and beauty completely take me over, and it’s better than dinner and a movie anytime! 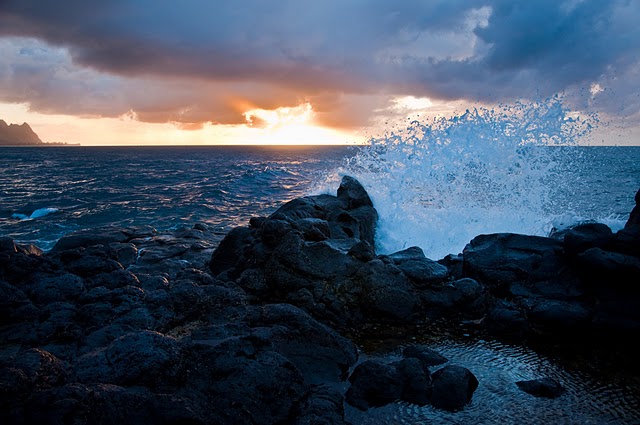 I have been fortunate to make a friend who was the editor at Kauai People, the weekly paper that is now MidWeek Kauai. Last night, she had all her girlfriends over. We were asked to bring a pupu, some clothes that we liked but no longer wore, and any good books or knick knacks. The idea was to swap clothes, books, or hair-clips, while drinking, eating and having girl time.
It was a creative way to get new clothes without spending a dime, and everyone brought really nice stuff. I got rid of all that  when I left Colorado, a short 18 months ago. My offerings were slim, but I did have two cute, barley worn capris to contribute. I knew they were too small, but I lugged them across the pacific anyway. I had visions of loosing weight because I was going to be on an island, eating fruit and romping around beaches all day! This has not been the case.
Being the biggest person there was only slightly depressing. Most of the women were over 50, in very good shape, and very actively living their lives. So, it was an inspiration to be with them. I was able to fit into a shirt. I also got a yoga DVD, and three books—one on writing.
We started smoking electronic cigarettes on Friday, and they seem like a fantastic replacement. You just put nicotine juice into a cartridge and push this little button on the “atomizer”, and bam! it’s like you’re smoking. They have some juice without nicotine, so you can add a drop of that, and eventually taper down to no nicotine. We are happy because we already feel better, and the dent in out wallet is significantly less! 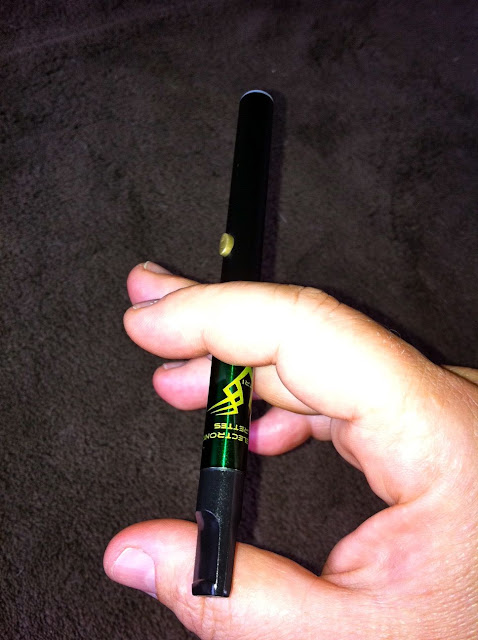 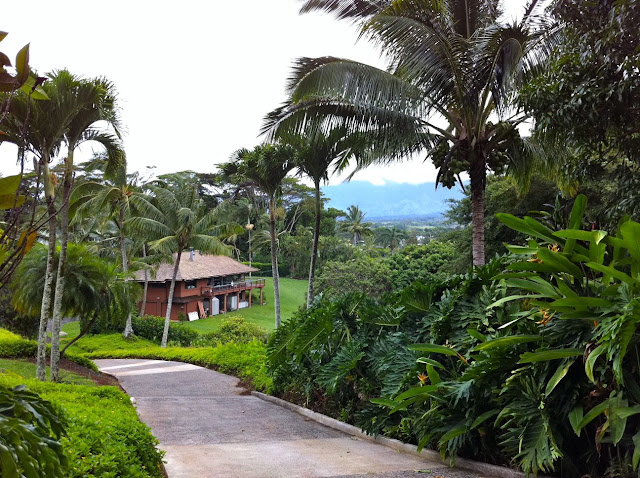 Standing on the baker's driveway, looking down at Sleeping Giant
Right now, I’ve got 6 weeks of good work, and she’s put Dan to work fixing her computers and designing the packaging for her products. And that’s good enough for us. It’s tricky not making plans, and going with the flow, but it turns out that life is juicier that way! 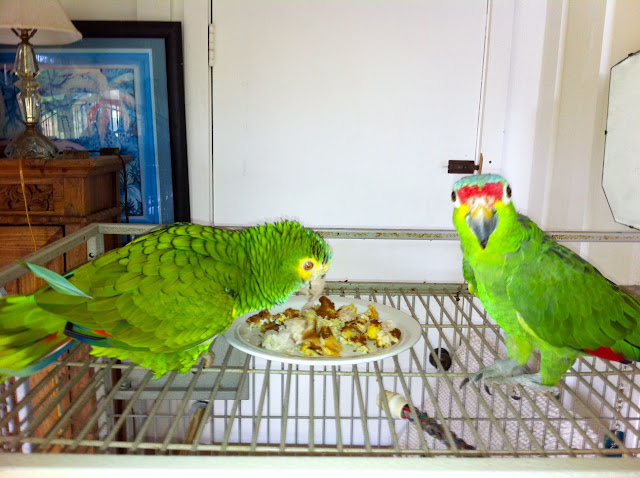 She adopted three birds. On your left is Lola, Shakespeare is looking at the camera. Hoppy, a Mynah bird, is off screen hopping around on one leg. The birds enjoy people food, on glass plates!
We’re off to Kalapaki Beach. Dan has decided it’s time to use his surfboard, and I’m going to read a good book while he’s at it. Life is a beach =)
Posted by Aloha at 2:54 PM